The freezing lake immediately caught my attention. The Summer Palace or the Royal Garden is located ten kilometers to the northwest of Beijing and used to be a summer residence of Qing Dynasty emperors and is now a public park. It is an imperial garden famous for its architectural […]

Upon arrival at the Temple of Heaven complex, I noticed people playing cards along the corridors. Some are having dancing exercises at the lawn while others do some sort of martial arts exhibition.  And some others are knitting. All these observations made my visit here more interesting. The […]

Immediately after our guide picked us up at the Beijing International Airport in a cold winter day, she brought us to a some-sort-of Chinese breakfast before our tour to Tiananmen Square and the Forbidden City started. The complimentary breakfast was not good, to my own judgement, or perhaps […]

In the afternoon, we visited Ming Tombs. Ming Tombs is the general name given to the mausoleums of 13 emperors of the Ming Dynasty (1368 – 1644). The mausoleums have been perfectly preserved, as well as the graveyards of each of the many emperors. Because of its long […]

The Great Wall of China is perhaps Beijing’s most famous tourist attraction.  Not all areas however of the great wall can be visited by tourists. There are only certain designated areas that can be explored.  The Great Wall is one of the cultural heritages of China, which is one of the […]

Cambodia | Siem Reap and Angkor Wat in A Day

Siem Reap, a province (distinct from Siem Reap town) located in northern Cambodia is the home of the Angkor Wat and several other UNESCO sites.  There is no direct flight from Manila going to Siem Reap. Options are to take a flight to either Saigon or Bangkok then […]

Brunei | What To Expect When Visiting Brunei

There aren’t many hostels or inns in Brunei. Google could hardly even help. But I was able to get one – Brunei Youth Hostel (also known as Pusat Belia). The hostel does not have any website, I came across it in a review and I was able to […]

The Royal Regalia Museum is the best of its kind I have seen so far. It is huge and grand, artistically arranged and organized and very well-maintained. It has a mosaic-tiled dome. The museum houses the actual royal coronation carriage surrounded by regalia from the ceremonies. Its central […]

This is Kampong Ayer – a village built on stilts. This is where one gets to see the actual life of traditional Bruneians. The village has been here for centuries. I never knew about this place until I got to Yayasan Shopping Complex. The shopping complex is walking […] 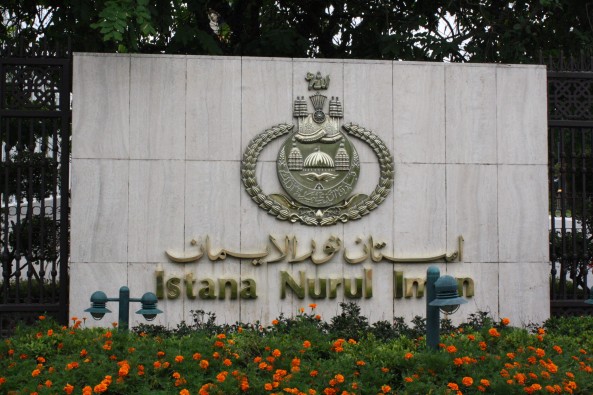 Istana Nurul Iman holds the Guinness World Records as “world’s largest Palace.” It is the official residence of the Sultan of Brunei and his families. You might be interested to know that Istana Nurul Iman is larger than Buckingham Palace, Forbidden City and it measures half of Vatican […]

Incredible India | All About Taj Mahal

India | Top Places to See in India | What To See and Do In India | A Romance with the Enduring Taj Mahal ******** Taj Mahal is perhaps India’s most recognizable landmark.  It is located in Agra, some 2 hours away by train from New Delhi.  Agra […]

This is world-famous Caramoan. It is famous because of various Survivor episodes shot here – Survivor Hungary, France, Belgium, etc. To get to Caramoan from Manila, fly to Naga or take a bus bound to Naga. Flying time is less than an hour while bus ride is almost […]

This is the Royal Palace Complex in Phnom Penh, Cambodia. It is the official residence of the King of Cambodia since 1860 except of course during the regime of Khmer Rouge. The palace is a collection of several buildings and stupas. Story to follow.

This is the the Beijing National Stadium more popularly known as Bird’s Nest located in Olympic Green, Beijing, China. The Bird’s Nest is always part of any tour package in Beijing. Story to follow.

This is the 3rd Falls of the famous Mambukal 7 Falls. Trek time to this water falls is 6 minutes from Mambukal Resort. Visitors can visit the falls until 5PM only and swimming is not allowed here.