The Charms of Penang and George Town

Located at the southern tip of the Malay Peninsula, Johor Bahru is the state capital of Johor Darul Takzim. JB, in short, was established in 1855 and now serves as the administrative and commercial center of the state. JB can be easily accessed from Singapore either by bus, […]

Top Things To See and Do In Kota Kinabalu

The Grandeur of Venetian Hotel

Top Places to Visit in Macau

I visited Macau for a day trip as part of my Hong Kong itinerary.  I took the 8AM ferry from the China Ferry Terminal in Tsim Sha Tsui when I went to Macau. There is another ferry terminal in Sheung Wan in Central Hong Kong. Travel time is […]

BeerLao is One of the Best Beers in the World

The most famous local beer in Laos is called BEERLAO produced by Lao Beer Corporation.  The beer is sold in 330ml cans and 640ml bottles. One 640ml bottle cost about 2USD.  Beerlao is exported in other countries such as USA, Canada, Australia, Singapore, South Korea, Japan and many […]

How to Get to Vientiane, Laos

Vientiane is the Capital and largest City of the People’s Democratic Republic of Laos. It was once called the Paris of the East. Laos is a member of ASEAN and is bounded by Vietnam, Cambodia, Thailand and China. For Filipinos, no prior visa is required when entering Vientiane. […]

Batam Island in One Day

Batam is the second most visited city in Indonesia – a close second to Bali. Batam is a small Indonesian Island very close to Singapore. A day tour to the island would give a glimpse of Indonesia. My jump off to Batam from Singapore is Harbourfront Ferry Terminal. […]

Of Sugar and Mint

In India, sugar and mint are served every meal – at least in fine dining restaurants. Eating it after meal gives a “mentos” effect. Both the mint and sugar are taken at the same time using a table spoon. Correction from a reader: “The green grain” is called […]

I arrived New Delhi’s premier gateway, the Indira Gandhi International Airport pass 11pm taking a flight from Bangkok.  Flight duration is approximately 4 hours. I did not avail of a pre-arranged airport pick up transfers.  I have known that there are a lot of scams at the IGI […]

Amber Fort and Amber Palace In One Grand Spectacle

The Charms of the Pink City of Jaipur

Jaipur is the capital and largest city of the State of Rajasthan located 5 hours away from New Delhi.  Jaipur is the third leg of the golden triangle, Agra and New Delhi the two others.  It is commonly called the Pink City because the entire city was painted […]

Just this year (2011) Visa On Arrival is now available for Filipinos traveling to India. VOA fee is 2,200 Rupees. However, those who want to have a visa sticker on their passport can still apply at the Indian Embassy. The following are the requirements: Duly accomplished applications form […]

Top Things To See and Do in New Delhi

New Delhi is the City Capital of India.  Despite being a dirty, polluted and dense city, there is so much to see and love here.  The following were the highlights of my trip when I visited New Delhi: Humayun’s Tomb Humayun’s Tomb is older than Taj Mahal.  If […] 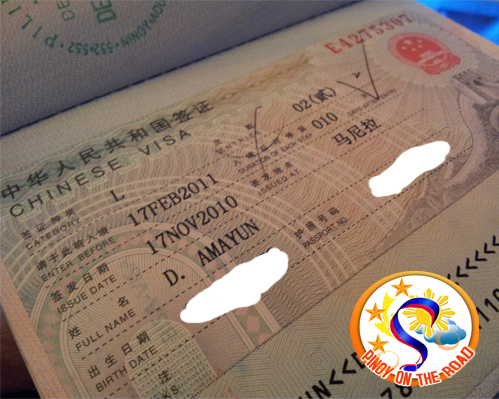 Filipinos holding ordinary passport are required to obtain a valid visa before entering mainland China. China Embassy in Manila is located at Dasmarinas Village Makati. Its Consular Section however is located at the 2nd and 3rd Floor of World Center in Gil Puyat Avenue. Processing time is normally […]

Beijing is a good alternative to Chengdu if one wants to see a giant panda. The Panda House or Panda Zoo is inside the Beijing Zoo. The Zoo itself has more than 15 exhibition halls – and the Panda Zoo is one of these. Panda House was built […]