I really wanted to visit Tokyo DisneySea for only one reason – it is the only DisneySea in the world. That alone is reason enough to spend a good day supposedly reserved for some cultural activity or nature get-away. 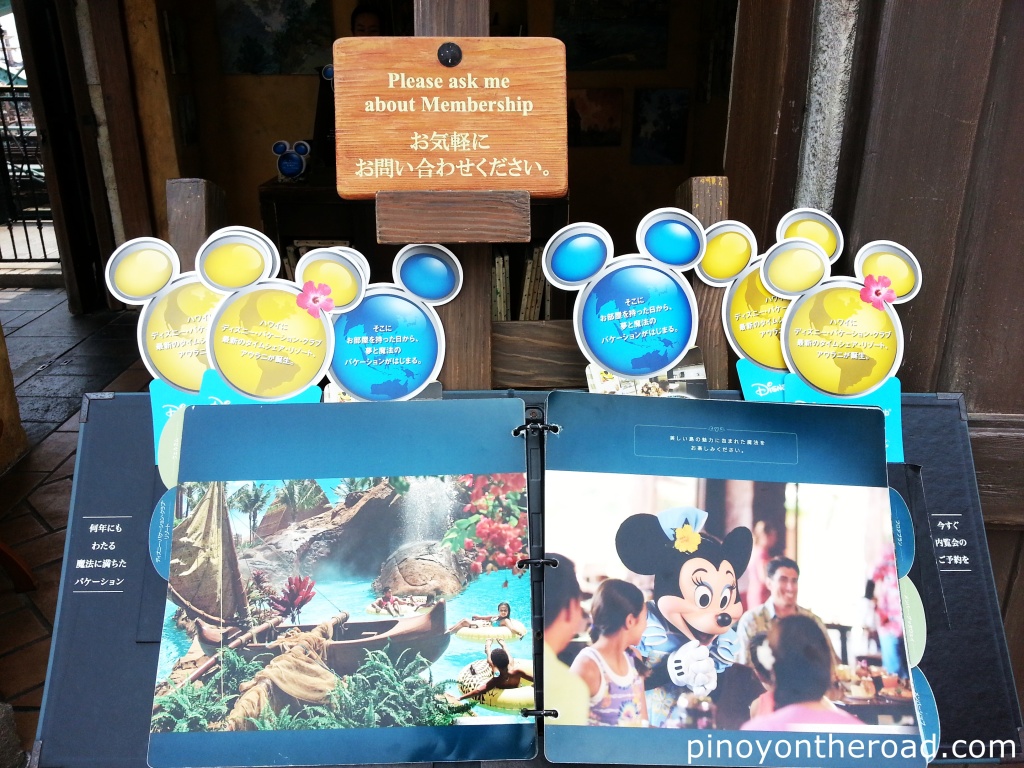 Tokyo DisneySea has a Vacation Club

Since I got up relatively late today, I left Oak Hostel at around 10AM. I took the JR train and got off in Maihama Station. From Maihama Station, I took the Disney Resort Line to finally arrive to my destination. 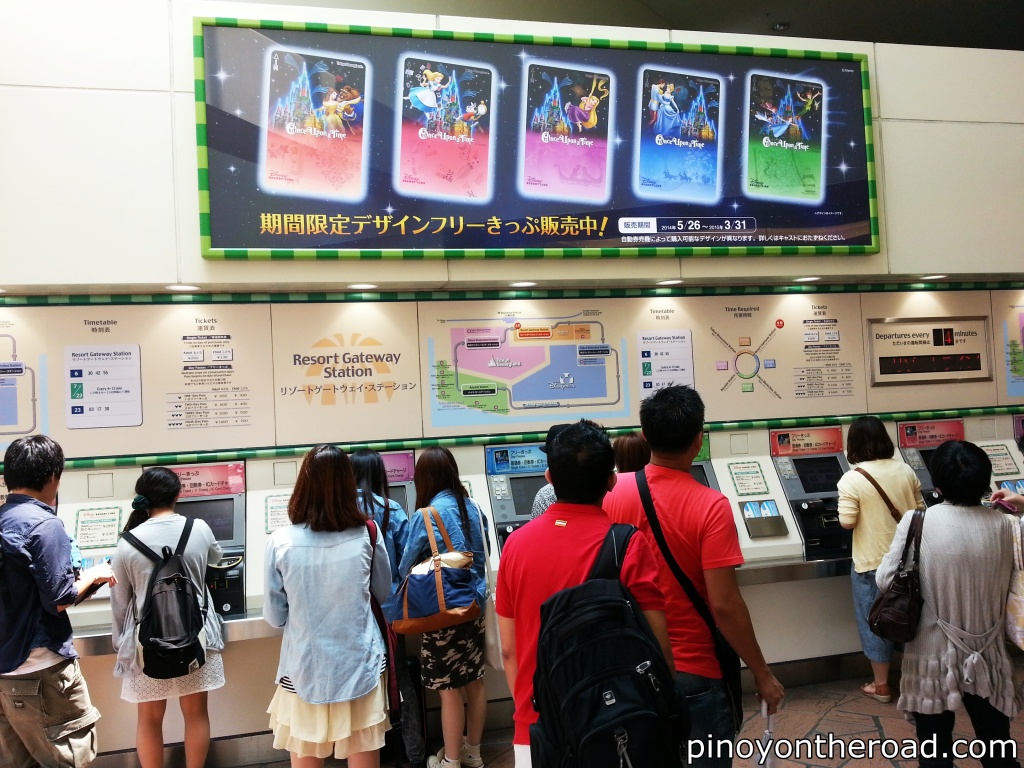 There was no long queue in the ticket booth when I arrived. Maybe because it’s mid-noon already or it’s a weekday or it’s gloomy and the forecast says it will rain today.

Jepoi suggested that I first try the one called “Journey to the Center of the Earth.” I had no idea what it is all about so I just went to the line that kept me wait for more than an hour. I presumed that the most famous ride in DisneySea is the Journey to the Center of the Earth. The thrilling ride is about 5 minutes long ‘inside the center of the earth” where one can see mysterious caves of crystals, giant mushrooms and strange creatures inside the earth! During the entire journey, one is seated in a tram that runs almost 80kph while the “earth” is shaking. The journey ends in an erupting volcano where the ride’s acceleration is fastest!

Tokyo DisneySea’s famous attraction: Journey to the Center of the Earth

I wasn’t expecting the ride to be that exhilarating! I was caught by surprised! At any rate, it was fun and worth doing it.

After the ride, my hair is up!

After having tried this ride, all the other rides were less spectacular already. At any rate, DisneySea has other attractions which are entirely different from Disneyland. DisneySea Tokyo is divided into several parks as follows (following a counter clockwise direction starting from DisneySea Plaza/Main Entrance):

1. Mediterranean Harbor is designed with an ambiance of romantic European Port Town with many shops and restaurants. The main attractions here include: DisneySea Transit Steamer Line, Venetian Gondolas and Fortress Explorations. Like the Cinderella’s Castle in Disneyland, the Mediterranean Harbor is the place for daily shows and fireworks.

2. Mysterious Island is the center of DisneySea where the imposing volcano is located. This part is designed to ‘discover the secrets deep within the earth and under the sea.’ The main attractions here are the Journey to the Center of the Earth and 20,000 Leagues Under the Sea. 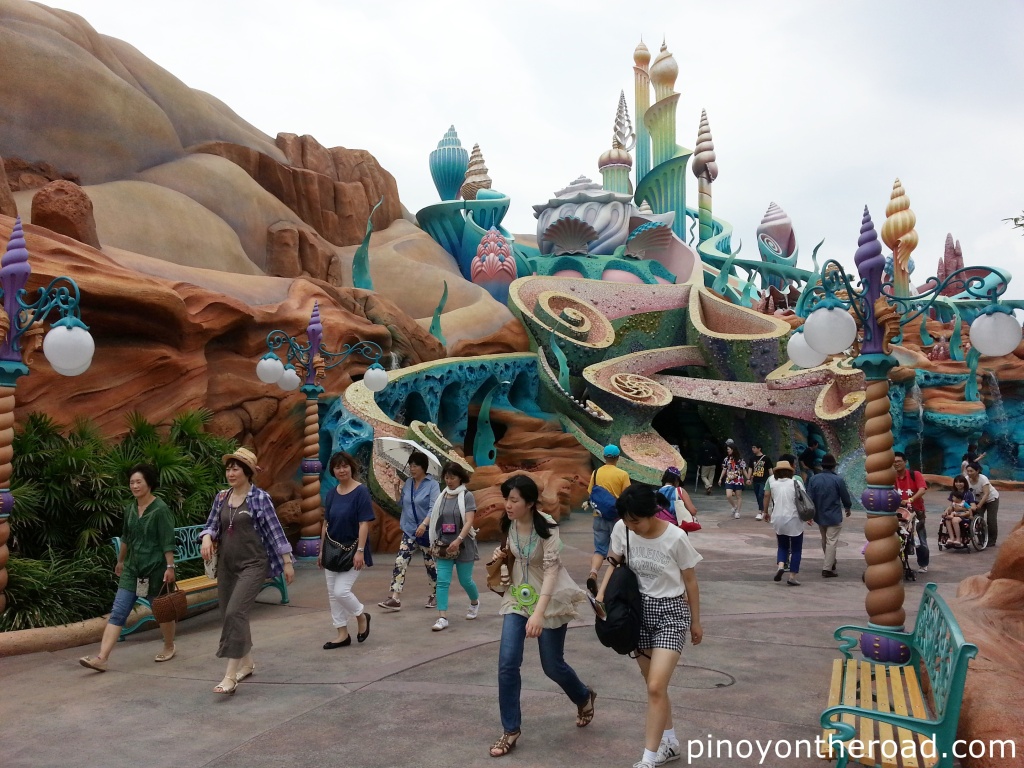 5. Lost River Delta is designed to recreate a deep and remote Central American jungle where the ruins of ancient civilization await every visitor. Main attractions here are Indiana Jones Adventure and Raging Spirits. The Raging Spirits has the most “notorious ride of all” as the roller coaster turns 360 degrees! 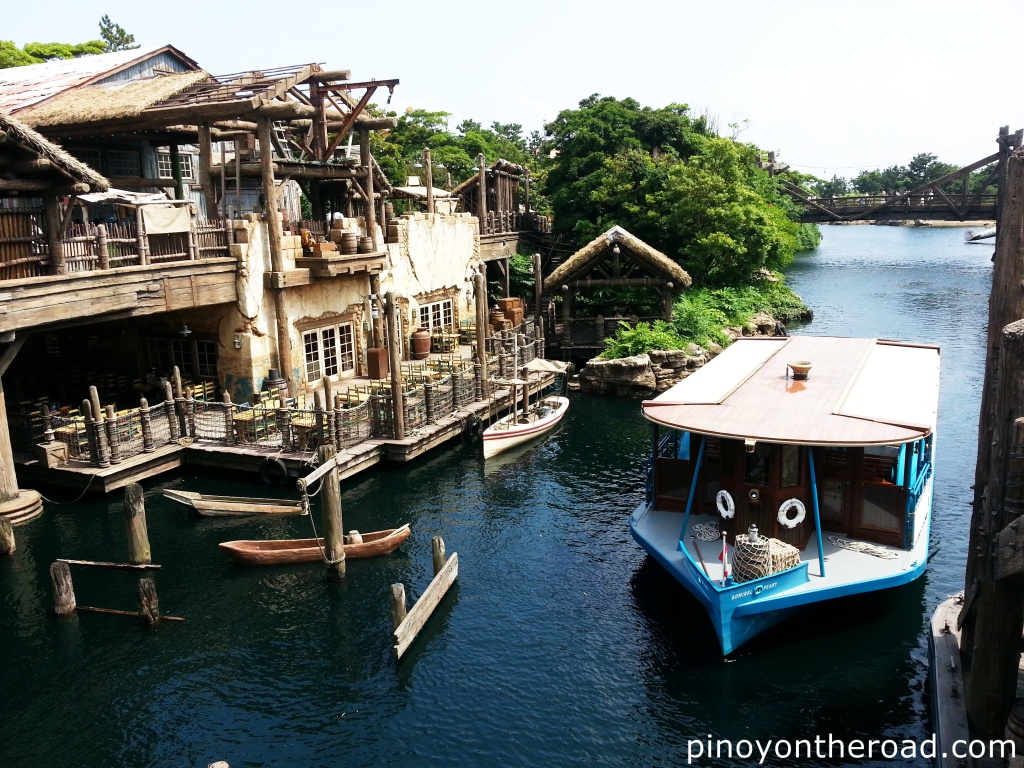 6. Port Discovery is deigned to mimic Marina of the Future and a Weather Control Station. The attractions here are StormRider and Aquatopia which unfortunately were both closed when I visited the park. 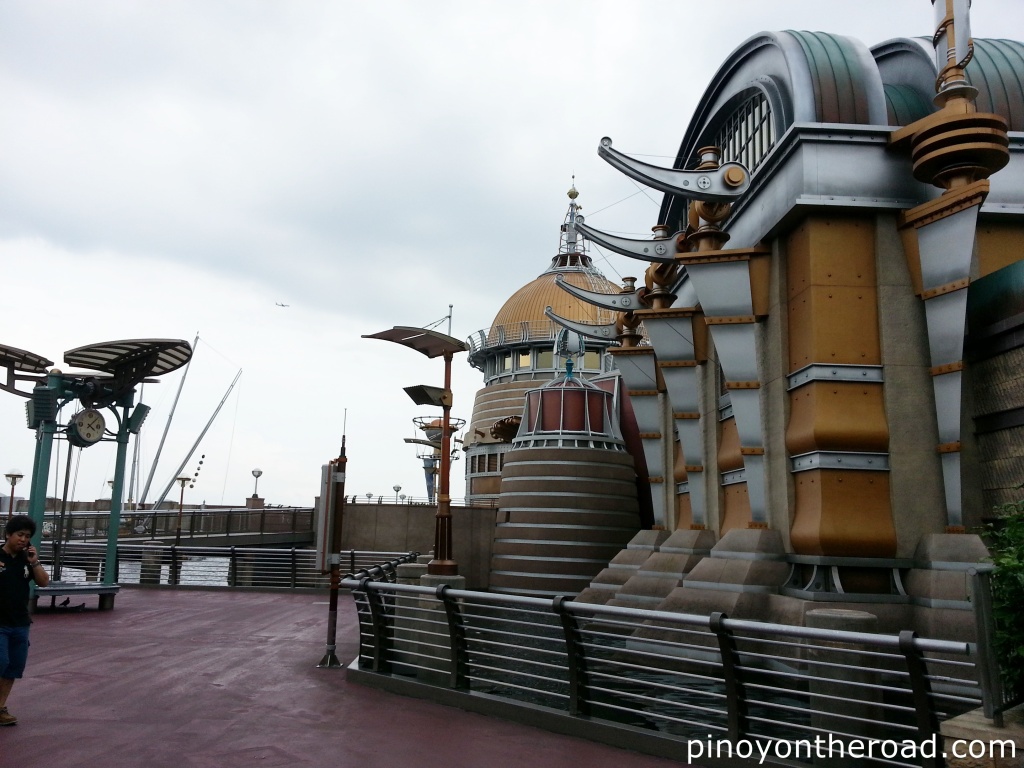 I was not able to enjoy all the rides as one whole day is not enough to experience all the attractions. I just selected the ones that I was interested in.

Snap shot from the screen. Cameras are not allowed to be used during the ride. Photos are for sale.

By the way, bringing of tripod or selfie-pod is not allowed in the Park. Food and drinks too are not allowed, it can only be purchased inside.

One of the many restaurants inTokyo DisneySea

Apart from the permanent attractions as mentioned above, I also enjoyed watching special shows that only run for a specific week.  A schedule can be obtained at the gate and its called Tokyo DisneySea Entertainment Today.

Late in the afternoon, the rain poured heavily and I got really wet. It was a sign that I should end my DisneySea engagement.

Today I am leaving Tokyo for Kyoto. My initial plan is to visit Mt Fuji in the morning on my way to Kyoto but due to cloudy skies, and no chance of seeing Mt Fuji at all, I cancelled the trip. I then went to Odaiba City instead. But prior to setting foot in Odaiba, I dropped by Shimbashi Station which is the birthplace of railway in Japan. 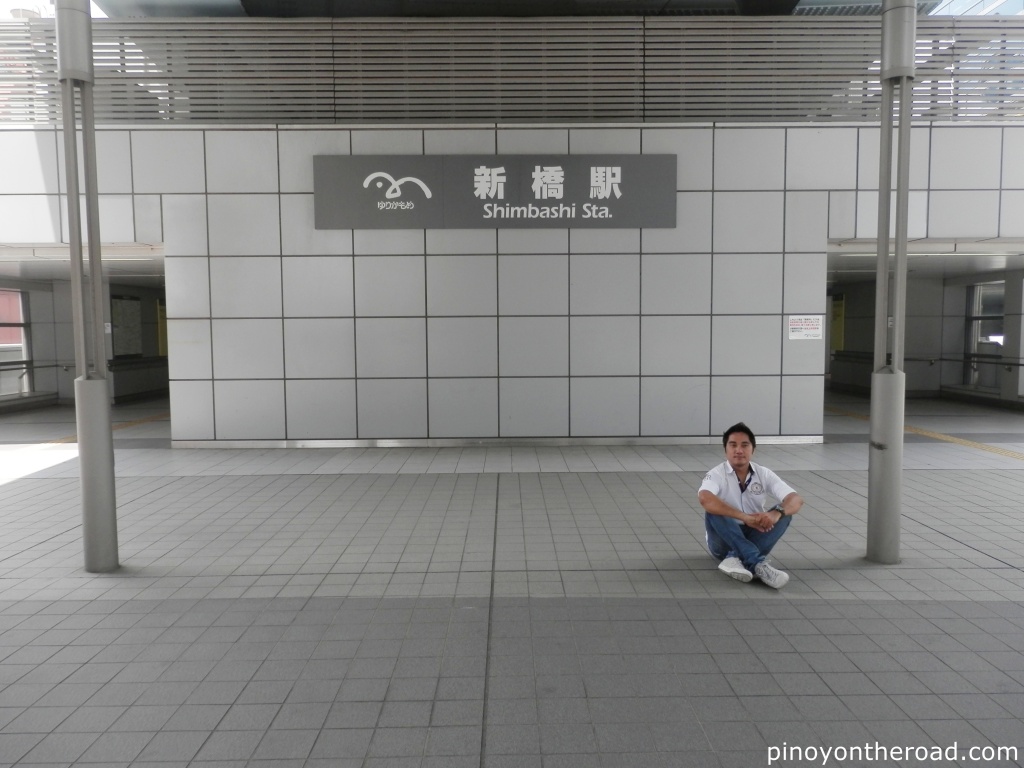 The last minute decision to visit Odaiba is because I wanted to see the super huge Gundam Robot standing in all its glory! The famous giant Gundam Robot is located in DiverCity Mall.

The larger than life Gundam Robot

Also within walking distance is the Fuji TV Head Quarters with a globe-shape observatory.

Nearby is AquaCity Mall with a beautiful outdoor garden.

The Rainbow Bridge as seen in the elevated gardens 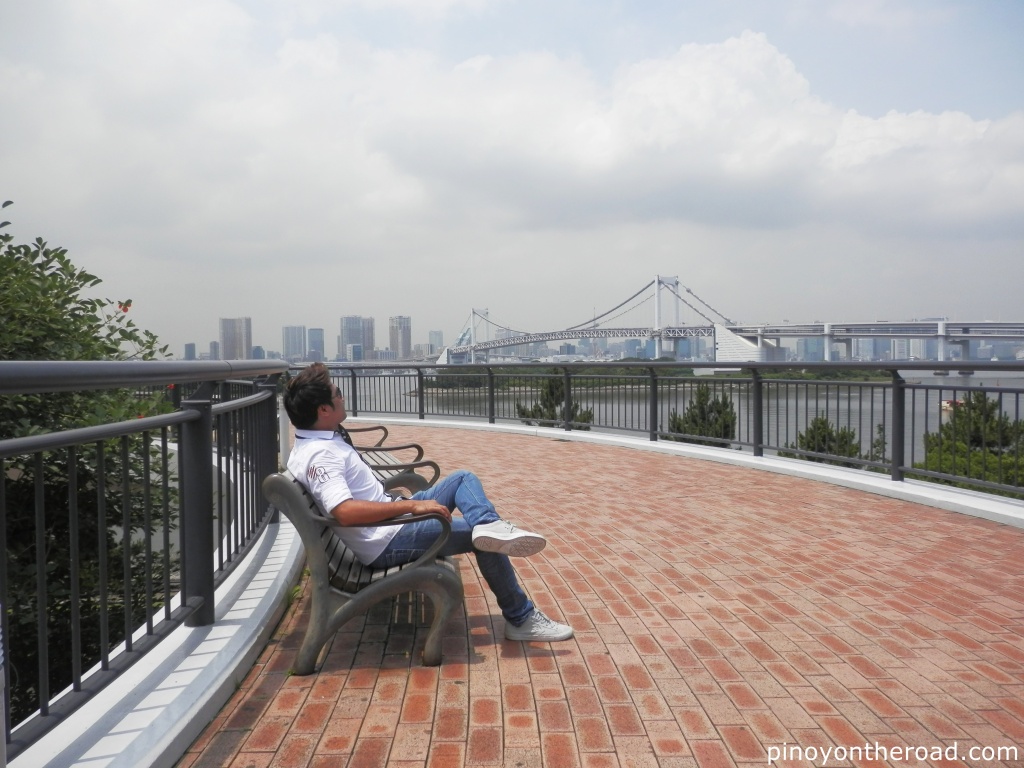 At the elevated gardens of AquaCity Mall

At 3PM I left Tokyo for Kyoto using the JR train. I arrived Kyoto a little past 5PM.

Tonight, I am staying in Shiori-an Hostel.