BTS Skytrain Guide : What to See in Every Skytrain Station 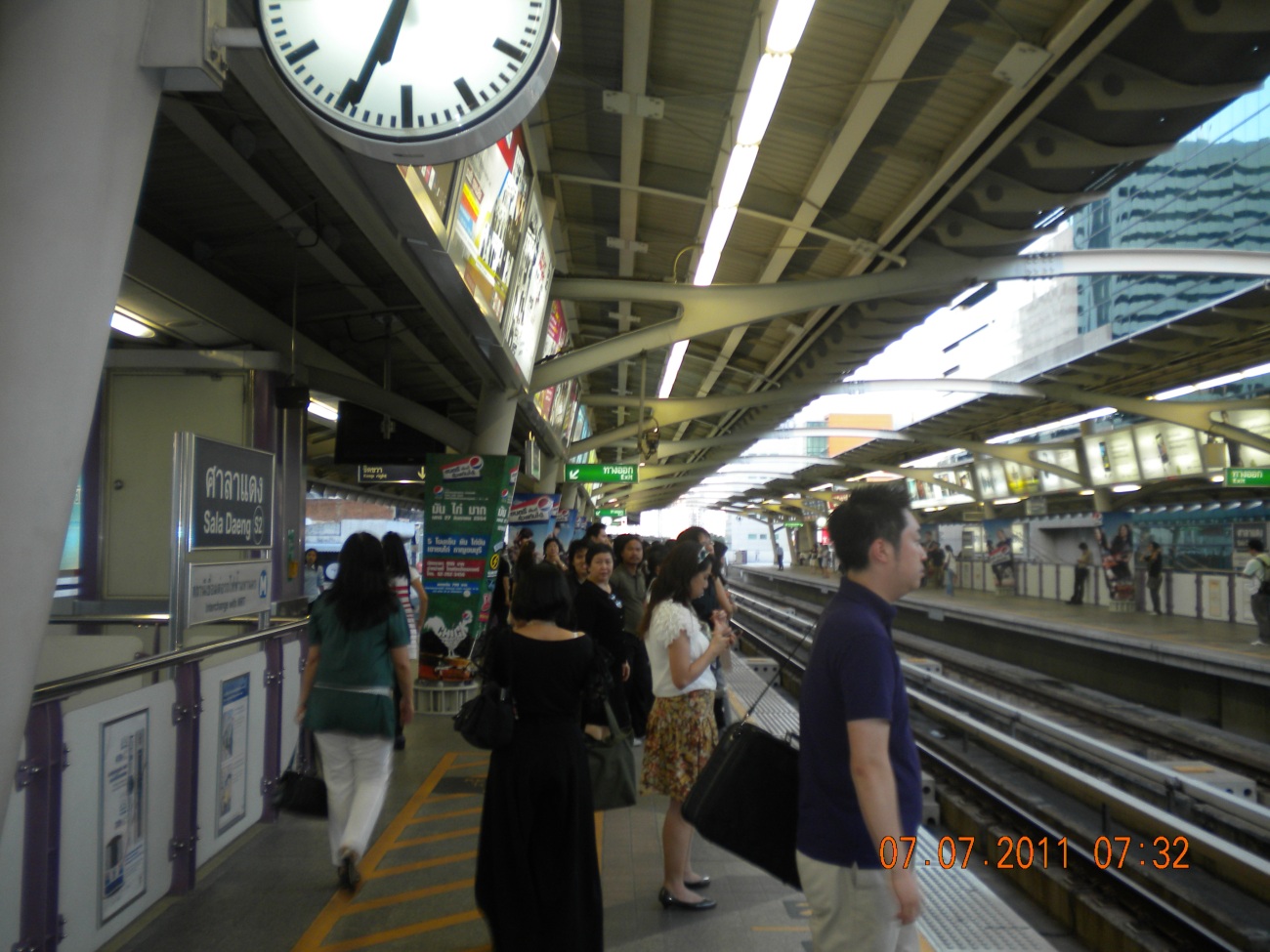 The Silom Line (west-south route) runs from The National Stadium to Wongwian Yai and has 9 Stations as follows:

Siam Station (Central Station) is the center of everything that is Bangkok. Siam Paragon, Siam Discovery and Siam Square are accessible from this Station. Also nearby are Siam Ocean World, Madam Tussauds Wax Museum, CentralWorld Shopping Complex and some posh hotels like Centara Grand and Siam Kempinski.

Ratchadamri Station (S1) is the gateway to Bangkok’s luxurious homes, hotels and malls. Lumpini Park and Erawan Shrine are here. The famous Four Seasons Bangkok, Marriot Courtyard and Anantara Baan Rajprasong are all here. For luxury shopping, Peninsula Plaza and Gaysorn are nearby.

Sala Daeng (S2) is the nearest station to where I normally stay in Bangkok.  This station is the gateway for Silom and Patpong Night Market. Around are clubs, pubs and bars and of course the sinful “upstrairs” shows. Dusit Thani Hotel and Pan Pacific are just nearby.

Chong Nonsi (S3) is in Sathorn Road and has a nice view of Bangkok skyline. Nearby are Salaisap Market famous for outdoor shopping and street foods.

Surasak (S5) is where the only Indian Temple in Bangkok is – Sri Mariaamman Temple.

Saphan Taksin (S6) is where the Central Pier is located – for the Chao Phraya river tour. In this station is Our Lady of Assumption Cathedral – Bangkok’s Catholic capital.  Also accessible from this station are Shangri-La, Center Point Silom Hotel and Bossotel Bangkok among other hotels in the river banks.

Krung Thon Buri (S7) is on the other side of the Chao Phraya River and is mostly residential. There is not much to see here except the river. Hotels nearby are Hilton and Peninsula.

I wonder why there is no S4 Station

Sukhumvit Line (north-east route) run from Mo Chit to On Nut and has 17 Stations as follows:

Saphan Khwai Station (N7)has not much to offer except the local shops that sell second hand items and goods.

Sanam Pao Station (N4) not much to see except high rise buildings which I presume are offices.

Phaya Thai Station (N2) is where Baiyoke Sky Hotel is famous for its buffet and the 360 degrees view of Bangkok skyline.

Ratchathewi Station (N1) is the nearest station to Pratunam – Bangkok’s most talked about shopping area. This is also where Calypso Cabaret is – the famous extravagant stage show of lady boys.

Siam Station (Central Station) is the meeting station of both the Silom and Sukumvit BTS Skytrain.

Nana Station (E3) is the gateway to Nana Plaza which is famous for nightlife.

Thonglor Station (E6) is in Sukhumvit Soi 55 and neighborhood of many hotels in Bangkok. It is famous for its restaurants and small boutiques.

Ekamai Station (E7) is the access way to Major Sukhumvit – an entertainment mall. Also nearby is the Museum of Science and Planetarium. Also near here is the Eastern Bus Terminal (bound to Pattaya)

Pra Khanong Station (E8) is a residential area and has not much to offer.

On Nut Station (E9) is also a residential area and Tesco Lotus Hypermarket is just within the station.

I wonder why there is no N4 Station

It is a good decision to stop at all train stations, get down and have a little walk to see what it has to offer.  A great and inexpensive way to explore Bangkok is through the Skytrain and its subway.