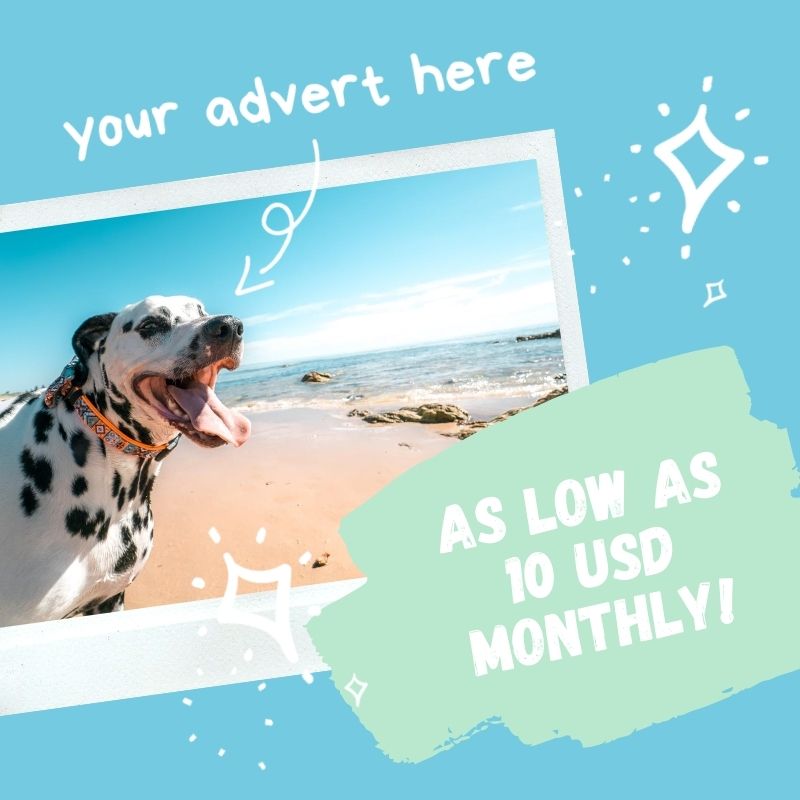 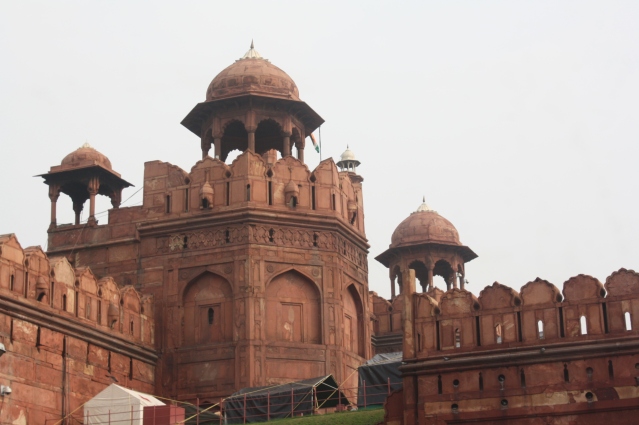 Red Fort is a complex built in 1638 and has served as the official residence of various Indian Emperors.  It is listed as a UNESCO World Heritage Site. Red Fort showcases a very fine form of building design and construction.  It is one of India’s most popular tourist destination and the largest monument in Old Delhi. 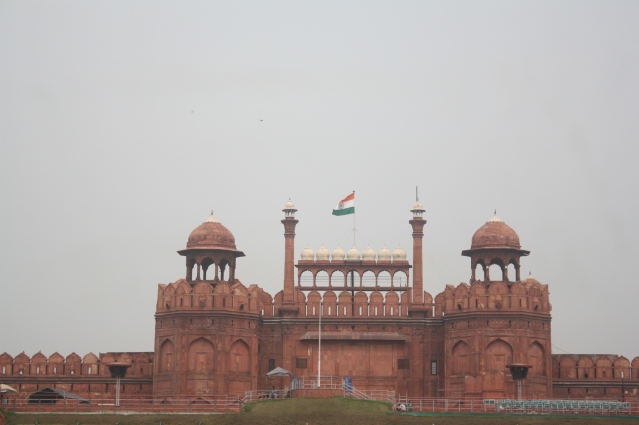 Here are few of what one gets inside the huge fort:

Diwani-Aam is the building at the center once you enter Red Fort.  It is a large pavilion that was used for public imperial audiences.  It has a balcony for the Emperor at the center. 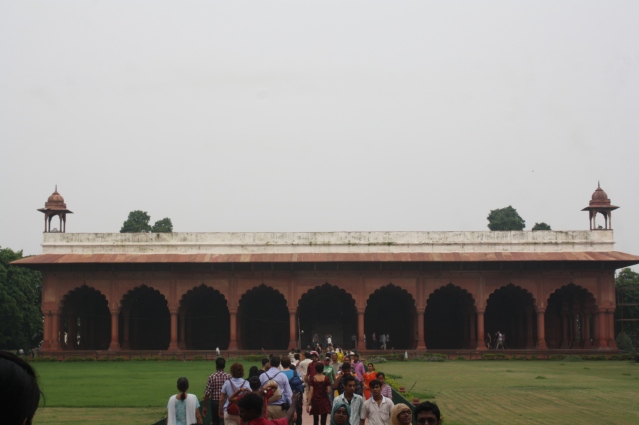 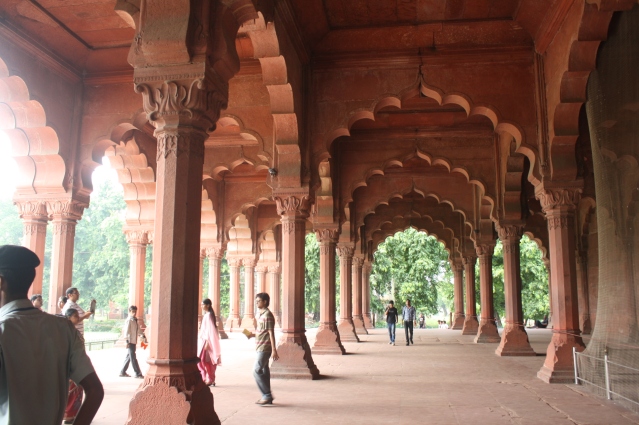 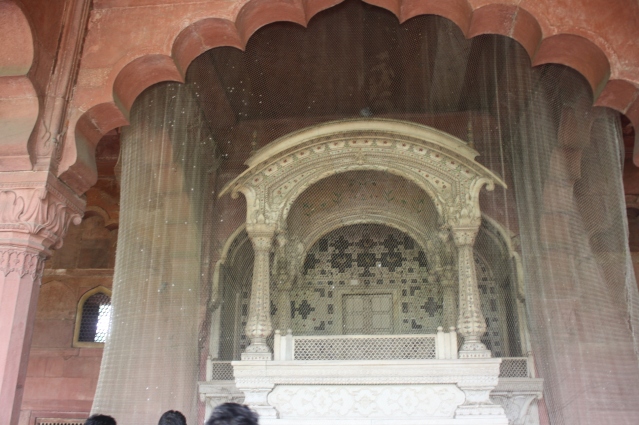 Hayat Bakhsh Bagh or “life bestowing garden” is located in the north part of the complex.  It was built in 1842 by the last Emperor who reside here. Water channel (or a pool) cuts the garden into two. There are two similar buildings on both ends. 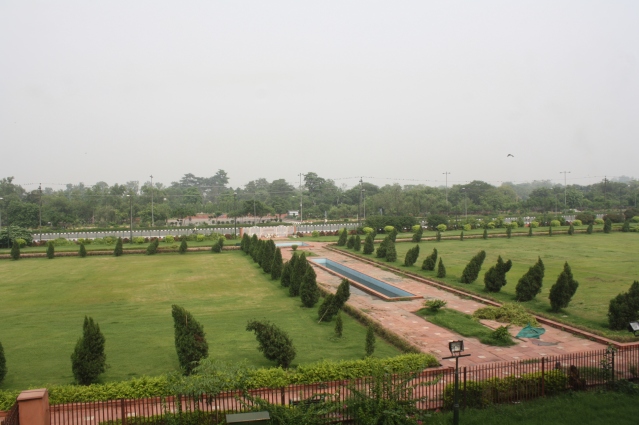 Moti Masjid or commonly referred to as the Pearl Mosque is a private mosque of the Emperor.  It is made of marble but shines like a pearl! It has 3 lovely domes. It is located on the west side of the complex. 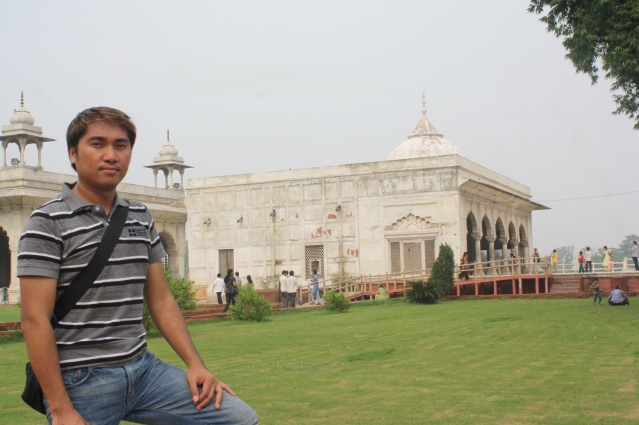 Diwani-Khas is a pavilion made entirely of marble.  The columns are decorated with floral designs and semi precious stones of all sorts.  It was used as a meeting hall. 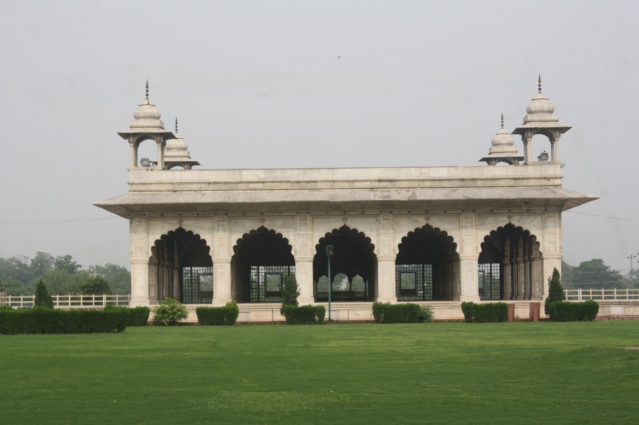 Nahri-Behisht are elevated imperial apartments over looking the Yamuna River.  The design is based on Koran’s description of paradise.  The apartments used to be connected by water channels. Now, no water channels can be seen 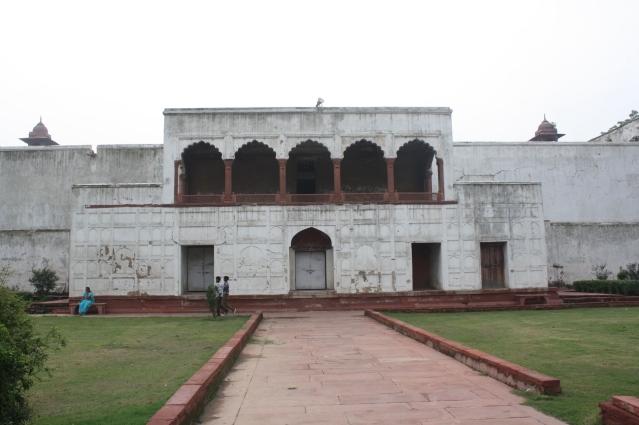 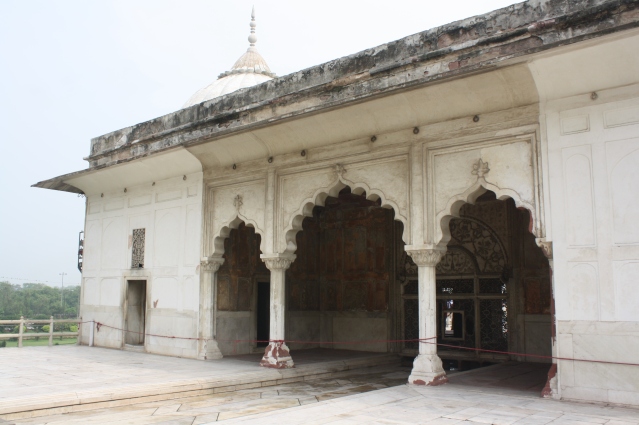 Zenana are women’s quarter located south of the complex. 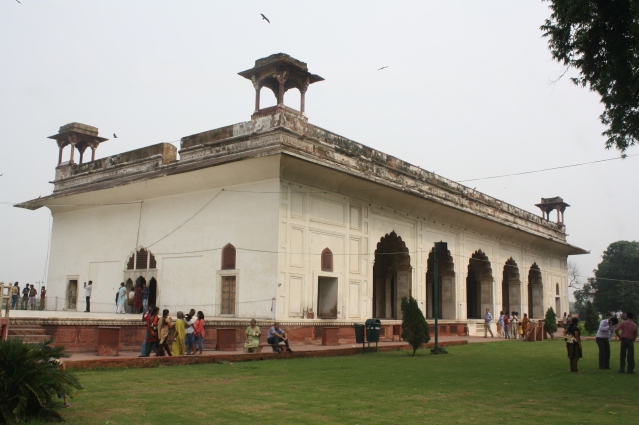 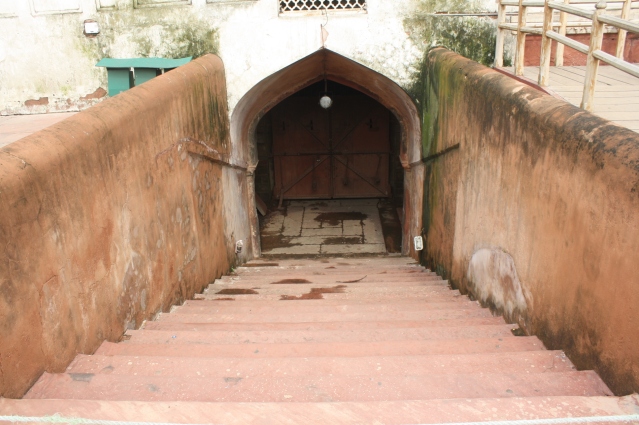 Entrance Fee is 750 Rupees.  All the buildings seem to be in proper order.  Some water elements however which used to be an integral part of the design of the complex are no longer existing.  By the way, security is so tight and the line at the gate can be very very long.  I visited Red Fort twice on separate days and really, getting inside is such a dilemma. 30 minutes standing in the que under the heat of the sun is not bad enough.

Also inside the complex are the following: 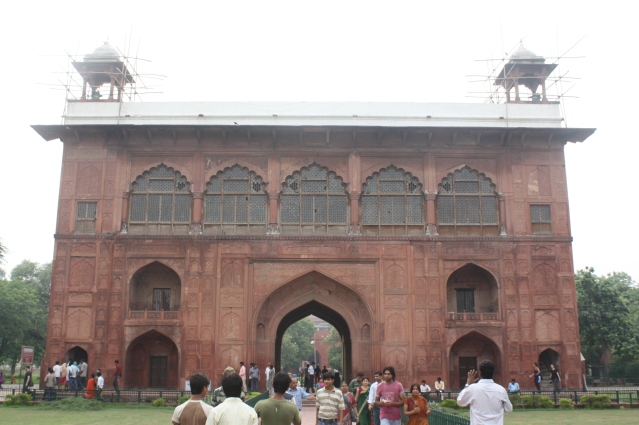 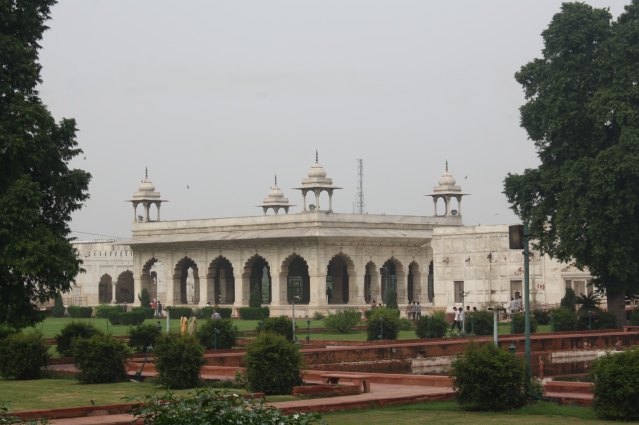 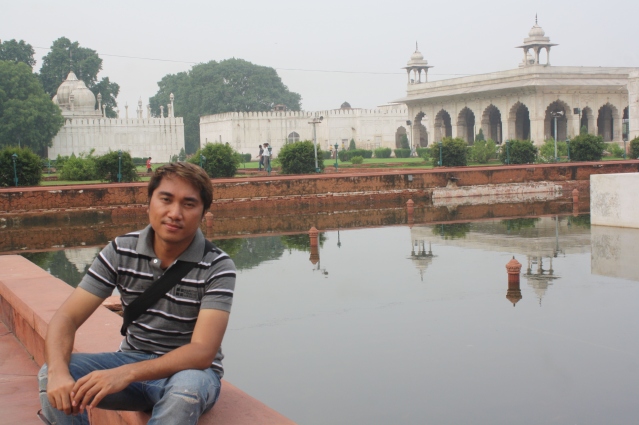 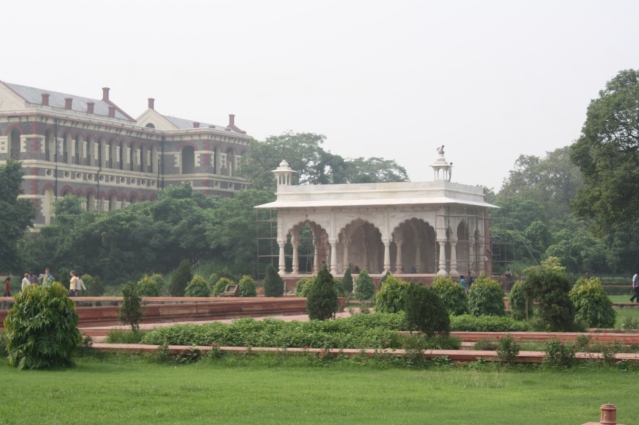 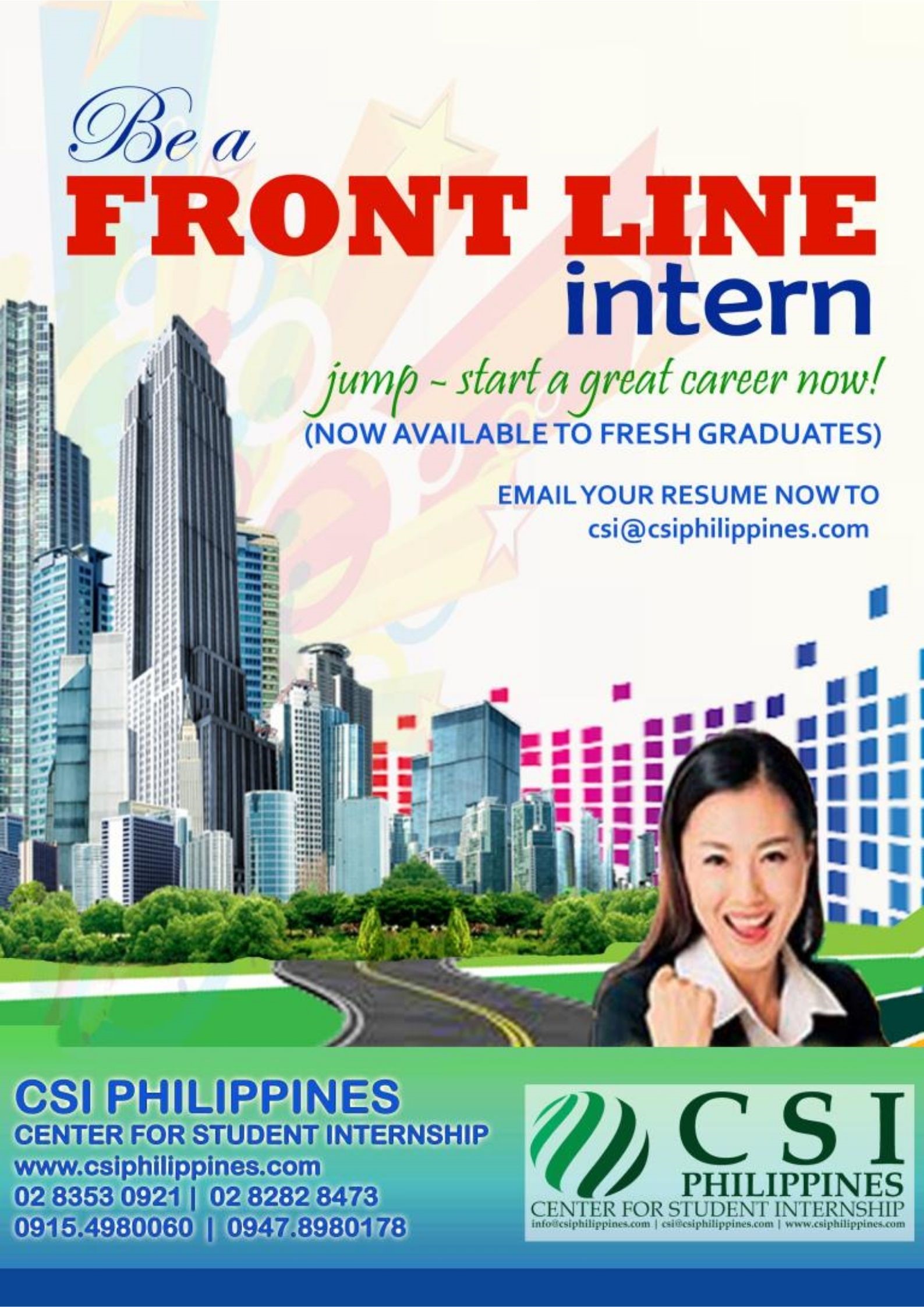