Upon arrival at the Temple of Heaven complex, I noticed people playing cards along the corridors. Some are having dancing exercises at the lawn while others do some sort of martial arts exhibition.  And some others are knitting. All these observations made my visit here more interesting.

The Temple of Heaven is the most holy imperial temple in Beijing for this is where the Emperor came every winter solstice to worship heaven and to solemnly pray for a good harvest. Since his rule was legitimized by a mandate from heaven, a bad harvest could be interpreted as his fall from heaven’s favor and threaten the stability of his reign. So it was not without a measure of self-interest that the Emperor fervently prayed for a very good crop. 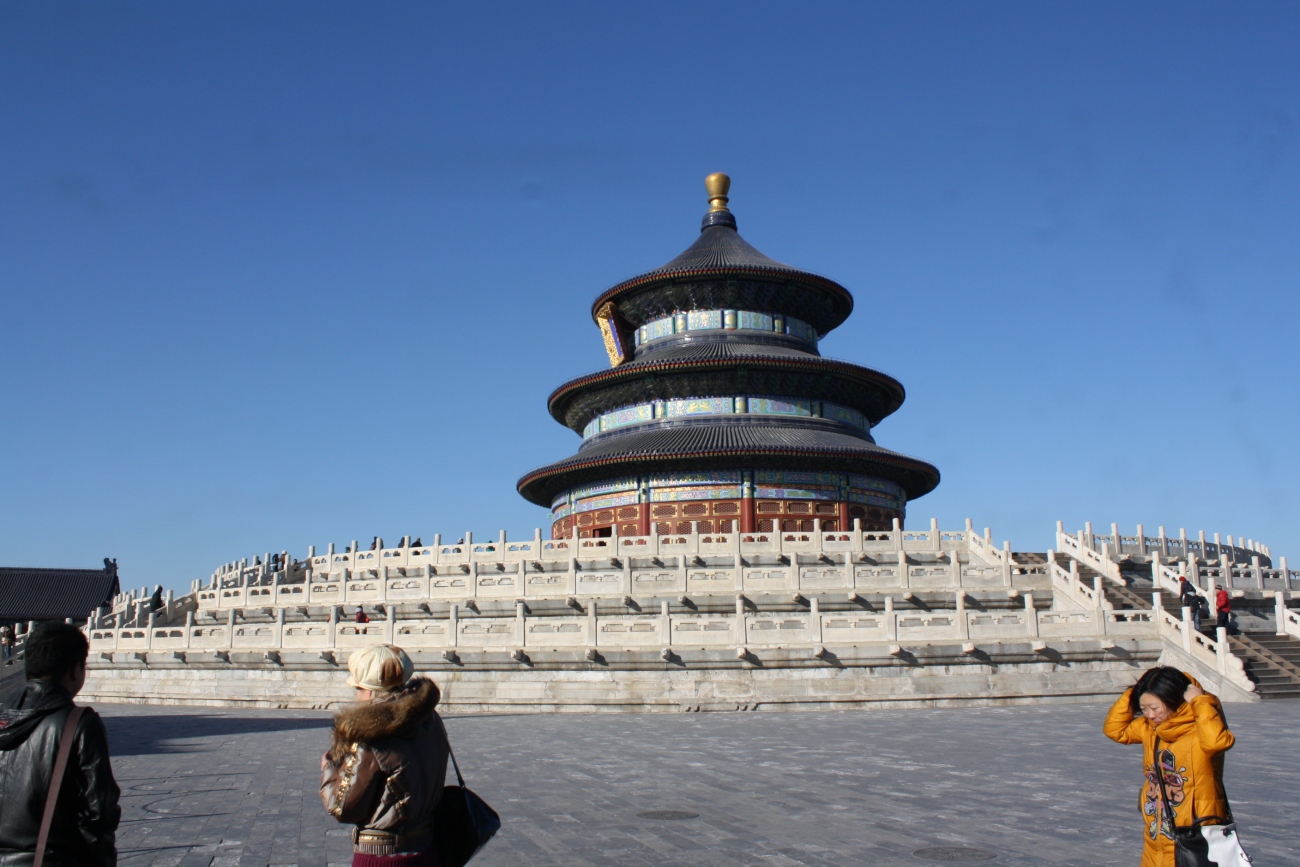 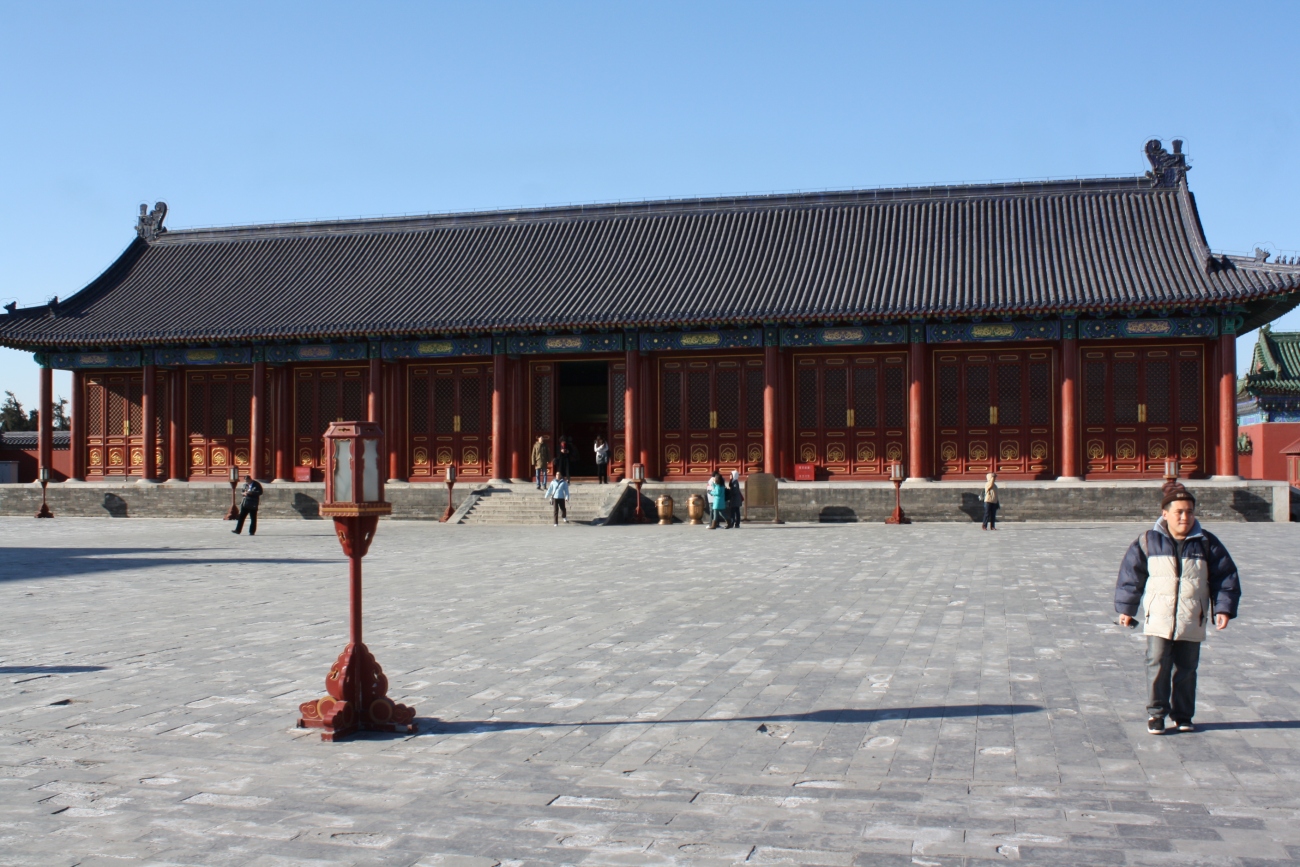 The design of the Temple of Heaven complex, true to its sacred purpose, reflects the mystical cosmological laws believed to be central to the workings of the universe. Hence, complex numerological permutations operate within its design. For example, because the number nine was considered to be the most powerful digit, you will see that the slabs that form the Circular Altar have been laid in multiples of nine. Similarly within the Hall of Prayer for Good Harvest, the interior twenty-eight columns are divided into four central pillars to represent the seasons, twelve inner columns to represent the months and twelve outer columns to represent the two hour trench that make up a day. There are many such examples of this intense numerology at play.